Feature A Perfectly Normal Family shot by Cinematographer Sverre Sordal FNF has been shortlisted as Denmark’s entry for the Academy Awards 2021.

Directed by Malou Reymann, A Perfectly Normal Family (En Helt Almindelig Familie) is about Emma who lives in a normal family until one day she finds out her dad, Thomas, is transgender. As Thomas becomes Agnete, both father and daughter struggle to hold on to what they had while accepting that everything has changed.

Read the article about the Oscar nomination HERE 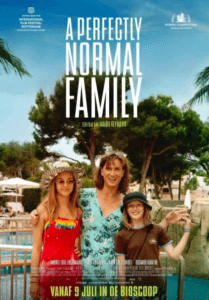 Sverre received a nomination from IMAGO for the Best Emerging Cinematographer of 2020 for his work on feature County Lines.