After having it’s world premiere at The Sundance Film Festival last year, Surge is finally out in cinemas this weekend! Surge is Aneil Karia’s directorial feature debut that stars Ben Whishaw (The Personal History of David Copperfield, Paddington, the James Bond franchise). The fantastic and super talented Lizzie Mair Davies did the hair and makeup design for it.

Surge is about a man going on a reckless adventure to seek self-liberation. It was nominated for The Grand Jury Prize at Sundance last year for Aneil Karia and won Best Acting for Ben Whishaw.

Lizzie and Aneil have worked together before. Lizzie did the hair & makeup design for Aneil’s short Work, which won a BAFTA in 2019. 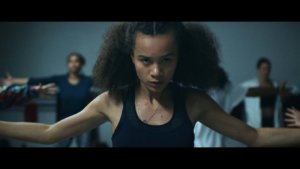 Surge is a powerful must-see thriller showcasing a transformative, groundbreaking performance from Ben Whishaw and will be releasing in the UK and Ireland from 28th May 2021, in cinemas and on digital platforms.