Benediction is part of the Official Selection for the Toronto International Film Festival 2021. TIFF have written a glowing review of the film and Nicola’s work; “Cinematographer Nicola Daley fills the screen with elegant camera choreography and chiaroscuro imagery while Davies seamlessly weaves archival materials into his narrative, incorporating a pair of astonishing moments when we see a youthful face age decades in seconds.” 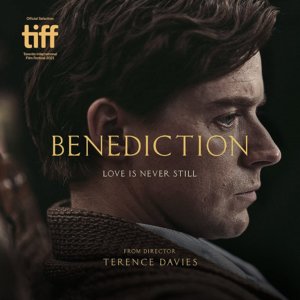 Features include Terence Davies’ Benediction and the BFI funded Pin Cushion directed by Deborah Haywood. TV drama includes Paradise Lost starring Nick Nolte and Josh Hartnett, Gentleman Jack Season 2, and Harlots Season 3. Documentaries include the Michael Roberts feature documentary Manolo: The Boy Who Made Shoes For Lizards and Go Back To Where You Came From directed by Ivan O’Mahoney.