New To The Roster: Fiona Lavin

Wizzo & Co. are very excited to announce that Fiona Lavin, a very established and accomplished Hair & Makeup Designer, has joined the roster.

Fiona has decades of experience in the industry and her skills range from contemporary makeup to period wigs and makeup to barbering to SFX to many, many more. 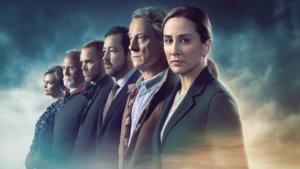 Fiona has an incredible portfolio. For television, she has designed shows like ITV’s The Bay directed by Robert Quinn and Julia Ford, BBC’s The Other One (S2) directed by Holly Walsh and ITV’s Traces directed by Chris Foggin and Claire Winyard.

For Films, Fiona has designed Ben Wheatley’s Kill List and In the Cloud directed by Robert Scott Wildes, to name a few.

Fiona Lavin is a very talented Hair & Makeup Designer with a wealth of industry experience. Fiona’s skillset is extremely versatile; she can do contemporary, period hair & makeup, wigs, SFX makeup, barbering, etc. Fiona has an incredible portfolio; some of her credits include The Bay (s2) directed by Robert Quinn & Julia Ford for ITV, The Other One (s2) directed by Holly Walsh and the feature Kill List directed by Ben Wheatley. Fiona just finished designing the new ITV crime drama Ridley directed by Bryn Higgins.