Tomorrow sees the launch of the London Short Film Festival, with a number productions including work from Wizzo & Co HoDs:

County Lines, from director Henry Blake, centres on Tyler, a fourteen year old who is sent to a small British coastal town in order sell Class A drugs, on behalf of drug dealers in the capital. The short features cinematography by Director of Photography Sverre Sørdal FNF. County Lines has subsequently been commissioned as a full length feature film, also shot by Sverre, and currently in post-production.

Teeth & Pills features Production Design by Lucie Red, and Hair & Make Up by Natasha Lawes. Directed by Andrea Vinciguerra, the vibrant short follows the eight year old Randy, who on losing a tooth discovers, instead of money, a Barbie beneath his pillow, and subsequently seeks to lose as many as possible.

Beast from director Leonora Lonsdale and shot by cinematographer Patrick Meller, is set in a remote country manor, where young girl Alice begins to question who she really is, after her mother Grace explains her father has become a “beast”. The short features Costumes from designer Grace Snell, and also Hair and Make Up Design by Dorita Nissen.

Little Monster centres on a an prison inmate, getting his first phone call to his daughter after being incarcerated. Directed by Charlotte Regan, the short was captured by Director of Photography Franklin Dow.

My Mother centres on a deeply religious teenager struggling to move forward after witnessing a sin – directed by Charlie Manton, the short features cinematography by Molly Manning Walker.

Beasts sees a handy man and wrestling enthusiast turn vigilante, challenging the ‘undesirables’ who pose a threat to his community. Directed by Chris Lee, Sam Pilling & Paul Storrie, the short was shot by Director of Photography Charlie Goodger.

Not With Fire But With Paint – Directed and also shot by Cinematographer Molly Manning Walker – this passion project is a documentary exploring the impact of the murder of Diego Felipe Beccera. Killed in 2011 by a police officer while painting on the streets of Bogota, the film explores the subsequent cover up, and Diego’s parents’ efforts to change the laws and perception of graffiti in the city.

Nasty – a thriller set in 1982 – sees a young Doug pulled into the world of VHS horror as he explores his fathers disappearance. With Production Design by Damien Creagh, the short was directed by Prano Bailey-Bond. 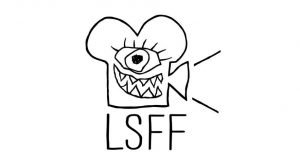