In Development is a new event that showcases the talent and crew behind the best film, television, games and advertising.

Costume Designer, Cynthia Lawrence-John is going to be a guest speaker at the event after her work on music promo, Illusions by Roses Gabor ft. Sampha was personally selected.

Production Designer, Sean Hogan who is part of the Production Designer team, Stripeland, is also going to be speaking at the event. His production design on the Nike commercial, Man VS Machine has been selected by In Development. 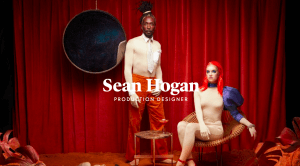 Cynthia has experience in fashion, sportswear, builds and more. She has designed for advertising campaigns worldwide with brands including Adidas, Nike, Nivea, Rimmel and has styled David Beckham, Anthony Joshua, Ellie Goulding… directors include Ne-O, Raine Allen-Miller and Thomas Hilland.