The first look at the star-studded series Chivalry is finally here! Costume Design by Camille Adomakoh and Hair & Makeup Design by Shamirah Sairally. 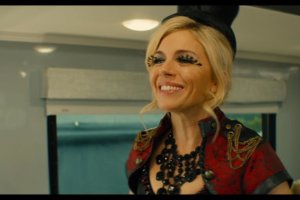 Baby Cow’s six-part #MeToo-inspired Channel 4 drama Chivalry focuses on a film producer who has to reshoot his ‘sexist film’ to save his career. 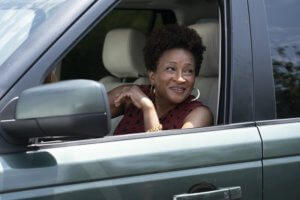 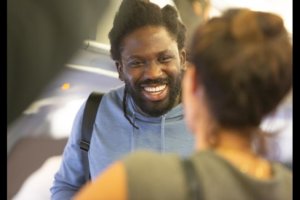 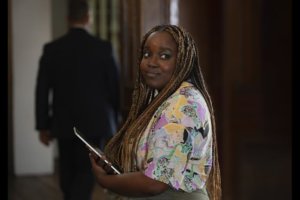 This is not the first time Camille Adomakoh and Shamirah Sairally have worked together. They both previously designed How To Stop A Recurring Dream directed by Ed Morris and stars Ruby Barker (Bridgerton).

Camille Adomakoh is a Costume Designer with a wealth of experience in film, television drama and editorials. She originally started her career in fashion working with big brands like Dolce & Gabbana and Versace. She then moved to film and television and has since designed the Netflix Original Film, The Weekend Away, directed by Kim Farrant, Chivalry directed by Marta Cunningham, Litvinenko directed by Jim Field Smith – to name a few. She just wrapped designing Channel 4’s I Am Ruth starring Kate Winslet and her daughter.

Shamirah Sairally is a very experienced Hair & Makeup designer and barber working across film, tv, commercials, music promos and editorials. She designed the star-studded Chivalry written and starring Steve Coogan and Sarah Solemani and directed by Marta Cunningham. Since then she’s designed Robert Popper’s I Hate You for Channel 4. For features, Shamirah has designed How to Stop a Recurring Dream directed by Ed Morris, and The 12 directed by James Whitehall. Celebrity talent includes Dua Lipa, Sienna Miller and Tinie Tempah, and her work has featured in Vogue, Elle and Harper’s Bazaar (amongst others).