Congratulations to all Wizzo clients who have been nominated in their selected categories at the 2020 British Arrows Craft Awards!

Everyman: Music Makes You Feel Film shot by Cinematographer Tim Sidell has been nominated for Best Cinematography. This was directed by Sophie Jones through Partizan and was a collaboration between Everyman Cinemas and Apple Music.

Molly Manning Walker has also been nominated for Best Cinematography for NHS: We Are Nurses. Directed by Billy Boyd Cape through Academy, the commercial centres around the day to day lives of NHS nurses and the variety of roles it takes to make a successful NHS.

Natasha Lawes has been nominated for Best Costume Design for Wigs & Headdresses for her work on RuPaul’s Drag Race UK and was directed by Jack Whiteley. The promotional commercial showcases Natasha’s incredible craftsmanship, including a Swarovski crystal face-kini, a fruit basket headpiece and a mechanical squirrel incorporated into a wig that operates and sings Donna Summer’s I Feel Love.

James Hatt has been nominated for Best Production Design for his work on FIFA 20: Player Ratings / The Bunker. Directed by Paul Geusebroek through Iconoclast, the commercial features professional footballer’s including, Raheem Sterling, Kaká and João Félix.

New Wizzo signing Nicholas Foley-Oates has also been nominated for Best Production Design for his work on Lego: Rebuild the World. Directed by Traktor through Stink, the commercial shows Nicholas’ impressive production design skills by revealing an entire Lego empire through a cat & mouse chase featuring a hunter and a rabbit.

The British Arrows Craft Awards 2020 will be held Tuesday 31 March. 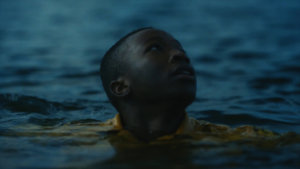 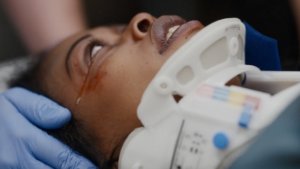 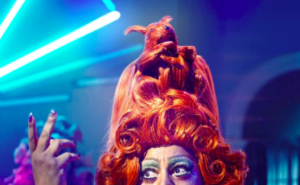 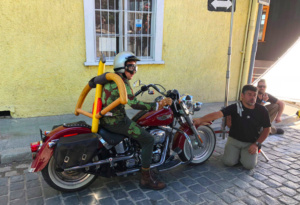 Natasha is a hugely creative and talented costume builder and maker, with a portfolio of projects which have required bespoke design and intricate large-scale builds. Recent creations include Food costumes for Deliveroo, a Chicken costume for Love Pork, an intricate real Flower dress for Palmolive and a Disco Ball Costume for Somerset House. Natasha is also available for straight styling – her television credits include The Erotic Adventures of Anais Nin by director Sarah Aspinall, in addition designing the short film The Door, from director Andrew Steggall. Natasha was also nominated for a UKMVA for Best Styling for Lover Chanting – Little Dragon directed by Jack Whiteley. She is also nominated for Best Costume Design at the British Arrows for the wigs and headdresses she built for the RuPaul’s Drag Race UK promo.

Natasha is also a Hair & Make Up Designer – Make Up Reel.

Drama includes feature Set The Thames On Fire directed by Ben Charles Edwards, and multiple shorts including The Appointment directed by artist Alexandre Singh, Dreamlands directed by Sara Dunlop and Hold On Me directed by Samuel Abrahams. His commercial work has won a Cannes Lions Silver and he has been nominated at the British Arrows Craft Awards for Best Production Design whilst also receiving 4 nominations for his work at the UK Music Video Awards. With a background in fashion, James has designed campaigns for Vogue, Dazed, Burberry and multiple fashion shows for designer Orla Keily.

Collaborating with directors worldwide, Nicholas has garnered a reputation for detailed, creative, award winning work. He was nominated at the British Arrows for his work on Audi: Clowns as well as John Lewis: The Other Half, both directed Ringan Ledwidge. Recently he ‘rebuilt the world’ for Lego and director Traktor, receiving a nomination for Best Production Design at Ciclope Festival 2019. Other directors include Daniel Kleinman, Jim Hosking, Sam Brown and Sara Dunlop.

The #team at Wizzo & Co, much like the rest of the UK and the world, are working remotely, practising social distancing…

Congratulations to all Wizzo clients who have been nominated in their selected categories at the 2020 British Arrows Craft Awards! Everyman: Music…