Directed by Jim Archer, Brian and Charles follows the life of Brian, who after a particularly harsh winter, “goes into a deep depression. Feeling completely isolated and with no one to talk to, Brian does what any sane person would do when faced with such a melancholic situation… he builds a robot.”

“Artificial intelligence developing its own consciousness is nothing new for sci-fi cinema whether serious or comedic, and so it’s hugely refreshing to see somebody take a totally different crack at it – on a tiny budget in the far-flung bluster of north Wales no less.” – LINK 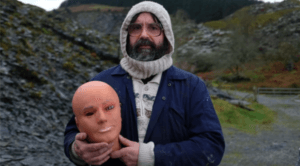