Directed by Declan Lowney at Another Film Company, AA: Red Dwarf features the famous Red Dwarf spaceship, Starbug having a breakdown 300 million years into deep space, which isn’t a problem if you’re with the AA. 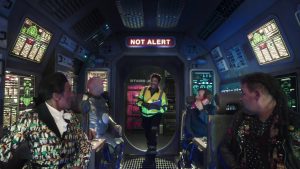